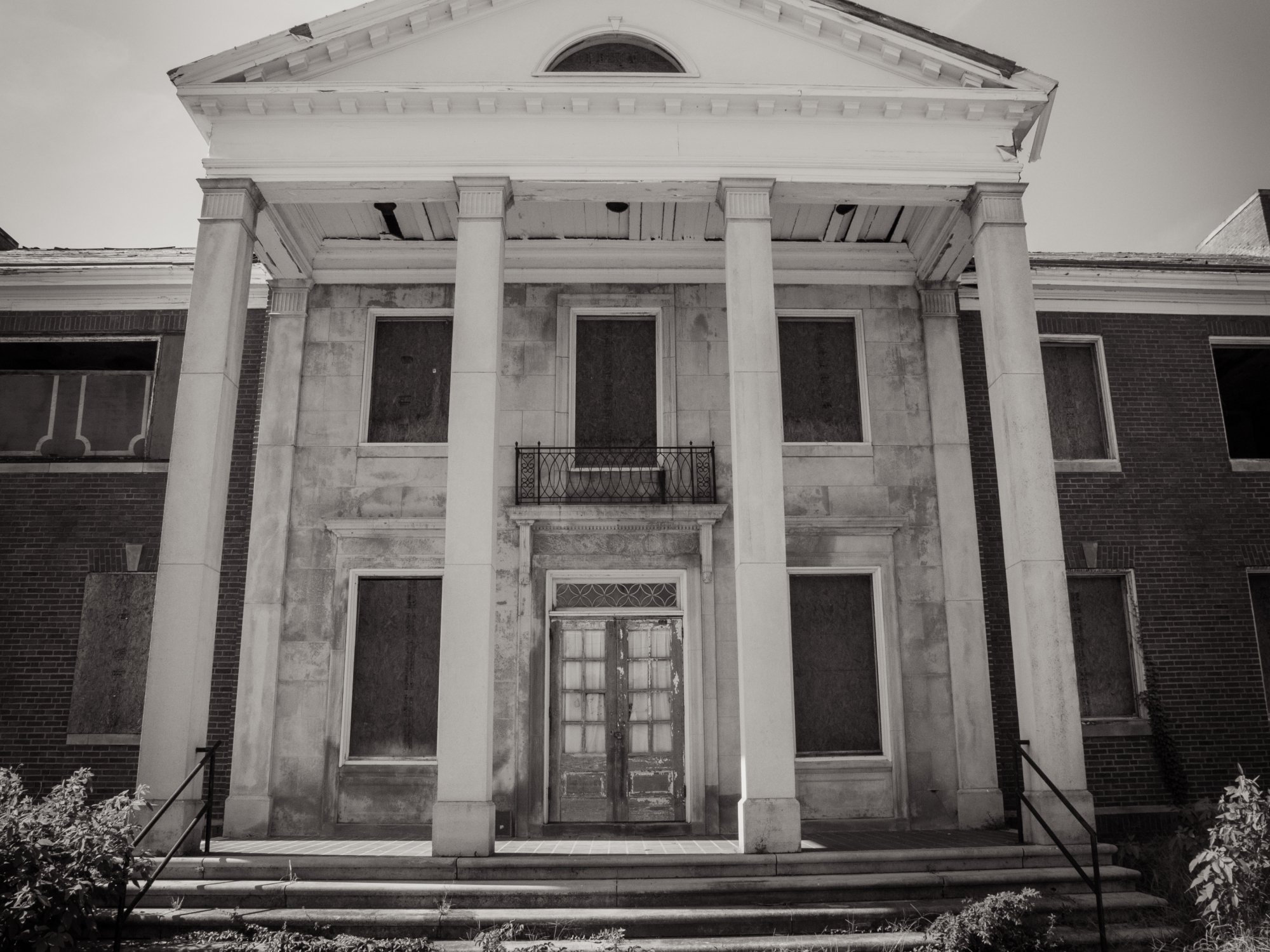 But first, let’s back up a few months…

I spend hours and hours researching leads… generally in the wee hours of the morning when I can’t sleep, or I get on a roll. I have always been a night owl, and by far not a morning person. I love mornings, the light, the freshness in the air of a new day, I just prefer it when I have yet to go to sleep. That being said, I came across a black and white image of a beautiful brick building, with white columns on Pinterest, being from Athens, this is not a rare sight, however the windows were boarded, obviously peaking my interest.

Click the link. Nothing. Just the image. I’m not sure how long it actually took me to find this place, incredibly, there are very few sites that have included the hospital. Eventually I came across the name and location, which helped out a great deal, and stumbled upon the actual website dedicated to the Old Hawkinsville Hospital, or Taylor Memorial Hospital.

As I navigated through the site, I found a contact page. The contact page is actually directed towards paranormal investigations. But I decided to give it a try, ask if I could photograph the building during the day, and just see if I could get a response. To my utter excitement, I got a response, acknowledging that they had received my email, and the logistics of it would have to be worked out. Now, for us, this happens a lot, but there is rarely a lot of follow through, people seem to brush us off, or are not so eager to allow strangers onto their private property. Not this time, several weeks later, I received an email and phone call, she stated that she would allow me to come in and photograph the building, the catch… that Saturday… at 9am. Initially, I cringed, it’s almost three hours from home, but I sucked it up and agreed.

Fortunately, for me, the stars lined up and I had nothing scheduled for that day, but let’s be honest, I would have rearranged my whole life if I had to. Unfortunately for B, she thought it was a good idea to go zip lining that day…. so I got another b to go with me, we’ll call her b2.

The drive down was uneventful, and truth be told, my brain doesn’t work for a few hours in the morning, and 6:30 am…. that’s absurd for me. As soon as we made it into Hawkinsville, my contact called me to make sure I was still coming. I assured her I was, but that I had turned right instead of left onto the main road, as google maps decided that the intersection was the address for the hospital, it was not.

Five minutes later, there it was, standing in all it’s grandeur, surrounded by a chain link fence. And there was Ms. P, waiting at the gates to let us in. I was so excited I just wanted to run straight inside and go to town. However, I kept it together, and tried to act like a professional. 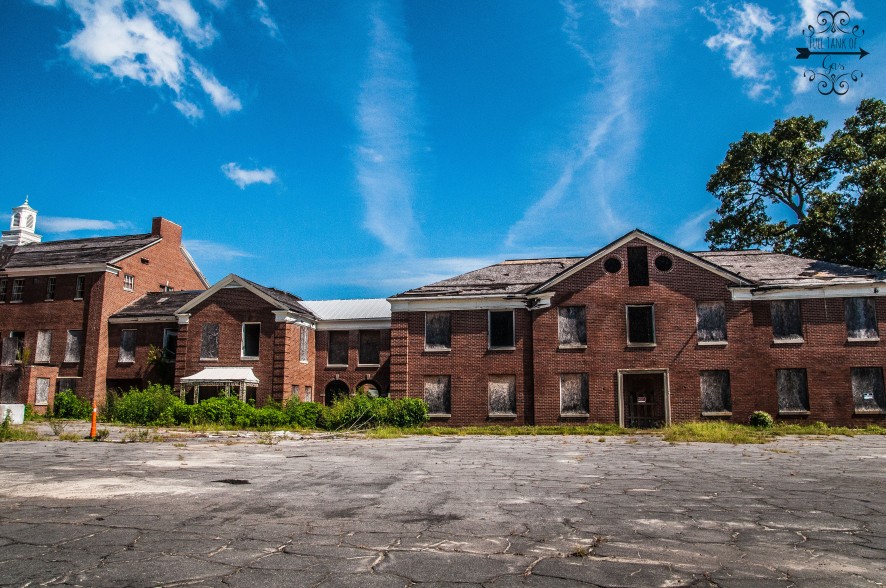 Ms. P gave us the full tour and the history of each area. I will try my best to recall some of the information, but my short term memory has never been great.

Aside from the Atlanta Prison Farm, this was one of the most difficult places to photograph, especially being given a tour as well. It’s very dark, very dark… 90% of the windows are boarded letting only streams of light in. 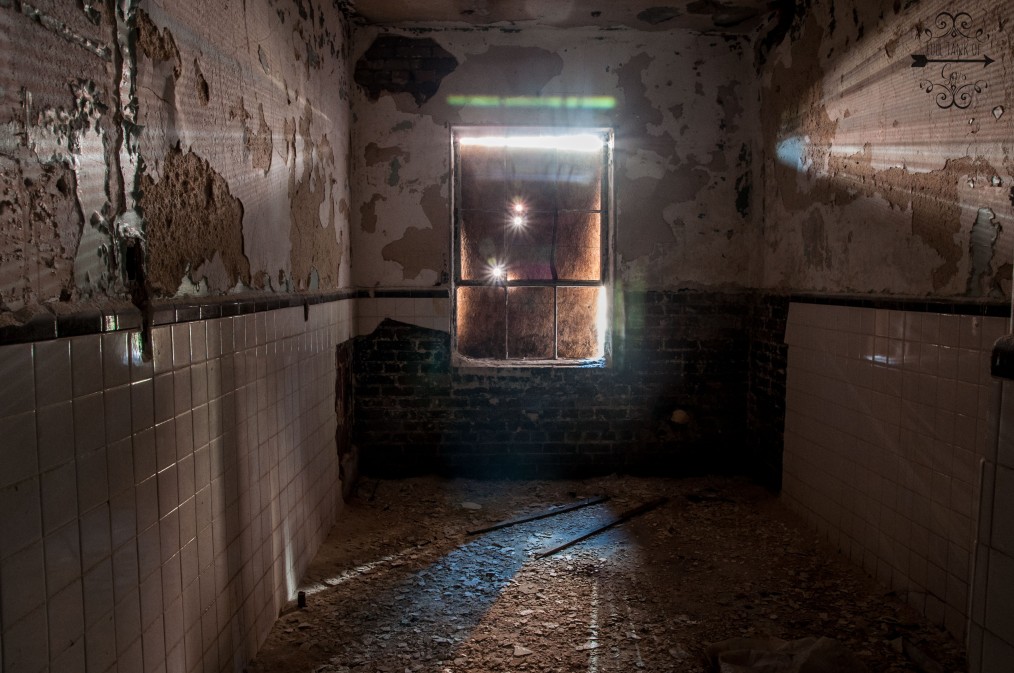 Remarkably the tile in the facility is in great condition, just a little dusty, even underneath the ruble on the floor.

The hospital closed in 1977 when another larger, updated facility was built. It has been mostly vacant since. Sometime recently, I don’t remember the year (imagine that) a developer bought the hospital with the intent to fill it with apartments.

The construction came to a halt when the crew and developer experienced too much paranormal activity. As you can see, the development was not far along.

In the most recent years, a halloween haunted house was set up in a few of the rooms, some of the props are still there today.

None of the furniture or decorations in the images is from the original hospital. Everything is from either the haunted house, or various movies that have been shot in the building. 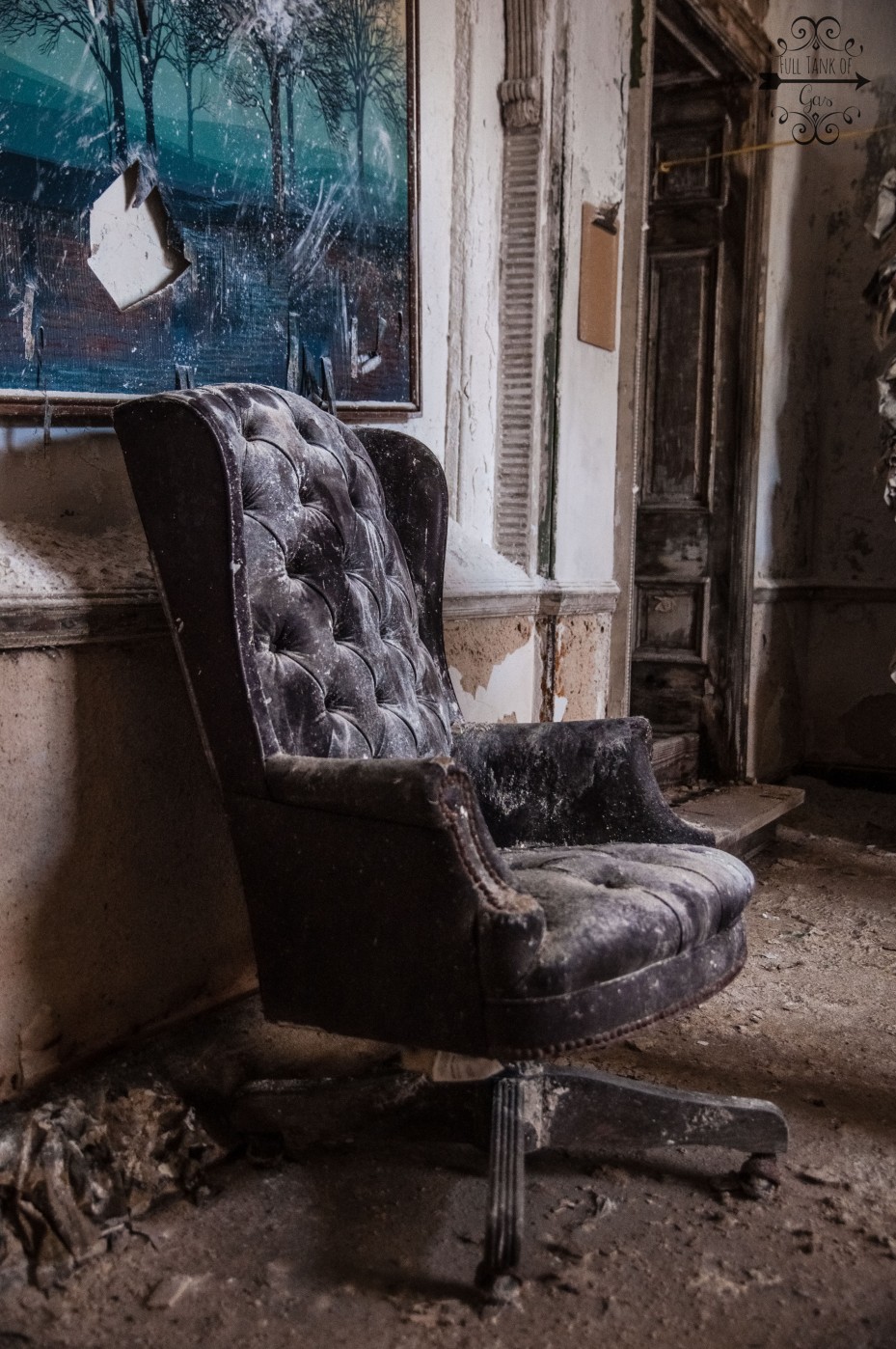 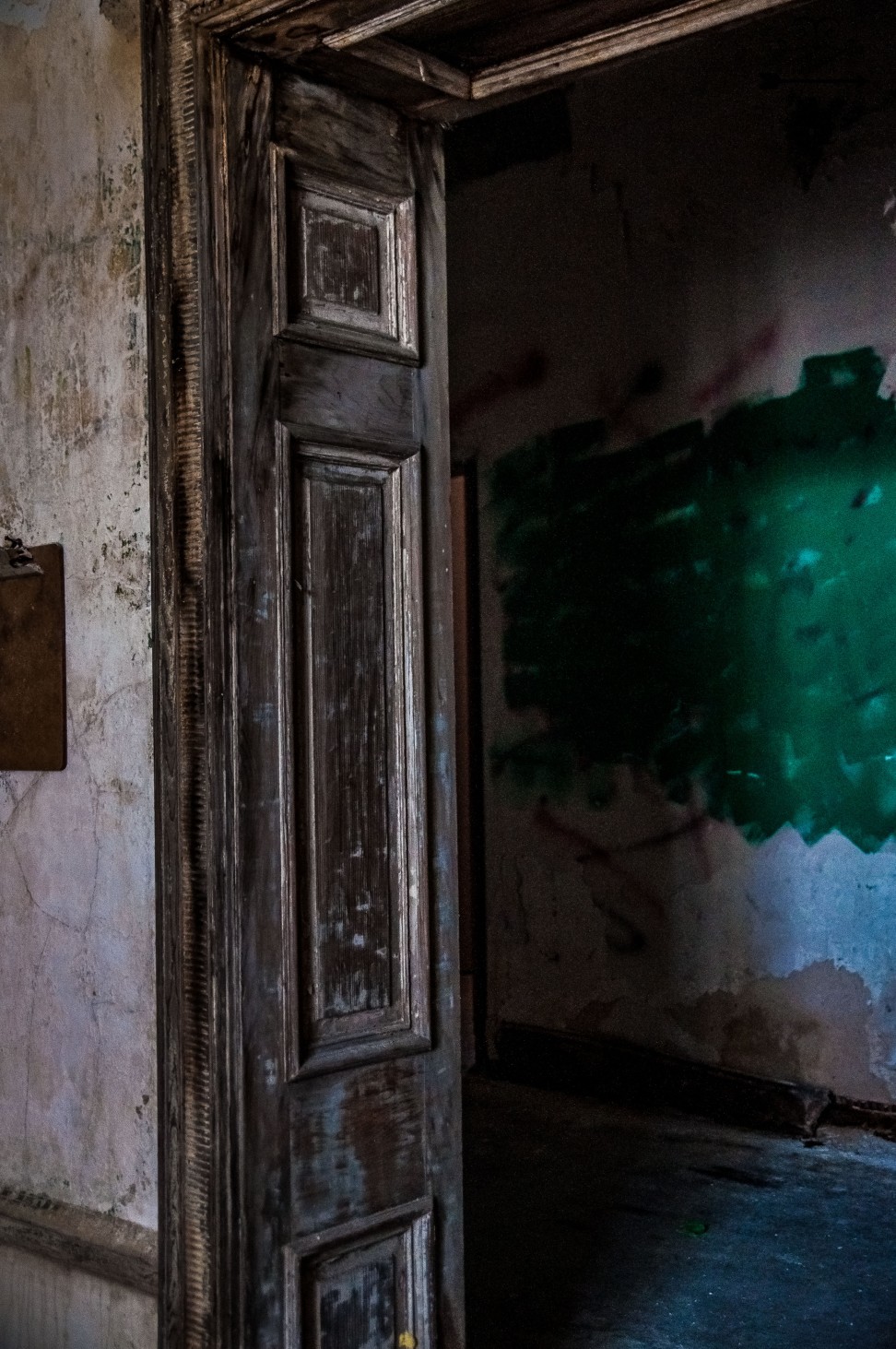 if you follow my personal instagram, you have probably seen some of these images. i’m going to try to get better about posting to full tank of gas…. if you don’t already follow… do it now! you won’t regret it…

The operating room, and entrance were by far my favorite spots. The lobby area has the most beautiful architecture.

Ms. P told us a story that, back in the day, when you saw the light on in the operating room from the road, you knew someone was having surgery. Life in a small town, gossip runs wild…

Some of the rooms that I actually remember what they are :

And this was only the  morning of our day… stay tuned for our next stop!

Thank you so much to Ms. P for allowing us to come in and photograph the hospital. My friends and I will definitely be back in the spring to sit in on a paranormal investigation. And I, personally, cannot wait. Ya’ll check out the links below if you’re interested in the same!

Thank you so much for reading along, I know it’s a bit longer than normal, but this was a huge building, and one of my favorites yet!

Disclaimer: This is private property, we were given express permission to enter. In no way do we encourage trespassing. We are not responsible for your actions.